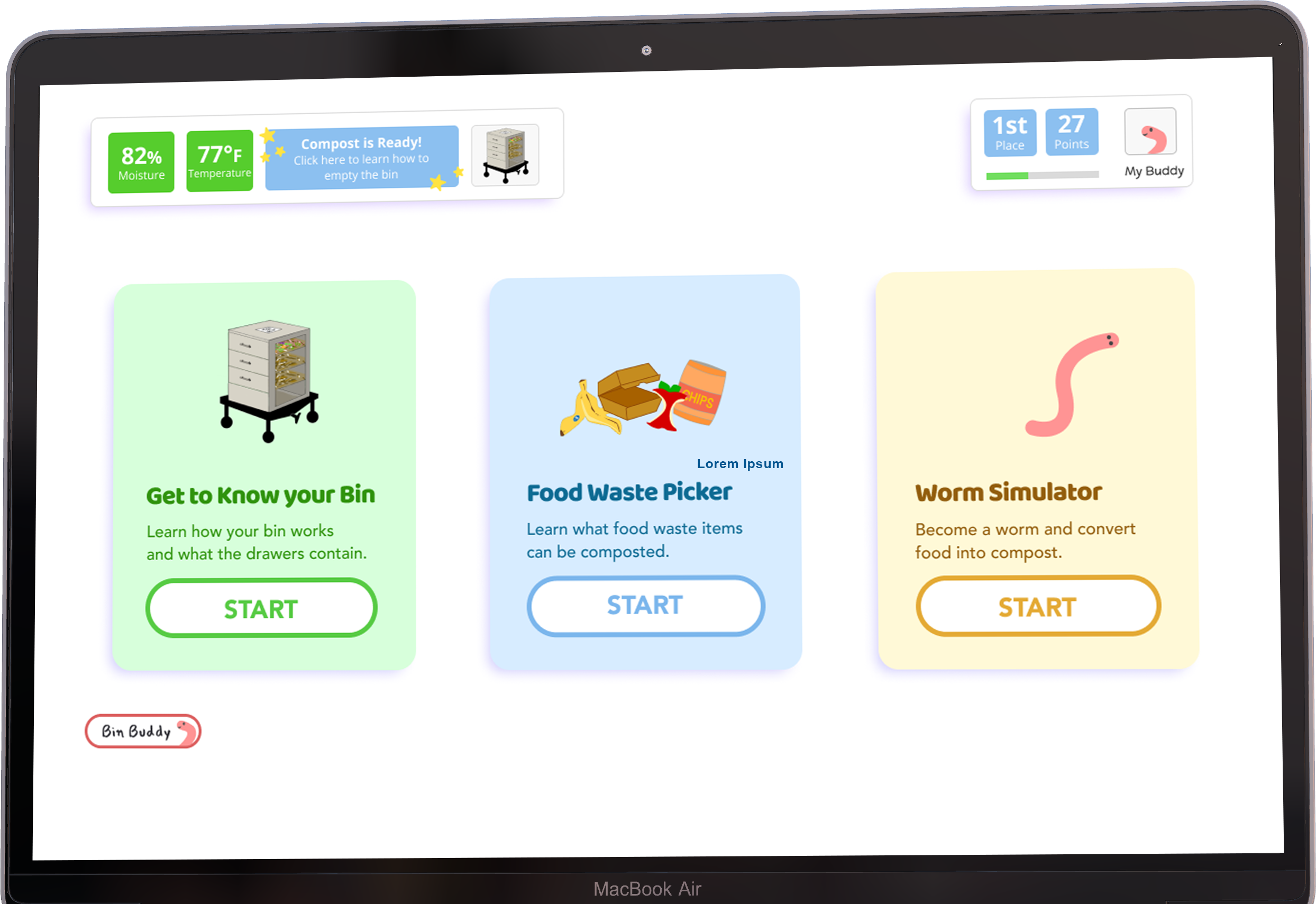 My Role: UX Researcher and Designer

Over one million tons of food goes into LA's landfills every year. Food waste is also a significant contributor to global warming. Los Angeles is introducing new regulations to reduce the impact of food waste and composting is at the heart of these new regulations. However, we found that the public generally lacks composting knowledge.

We started by searching online for data about composting. We discovered a strong push by regulators to divert waste from landfills and that composting was the key to reaching these reduction goals. SB 1383 which goes into effect on January 1st, 2022 states that all households and businesses will be required to dispose of their food waste in green waste bins to be collected and composted by the city.

Despite the strong regulatory backing there is a general lack of knowledge on the subject of composting. The Summary of Composting Survey which was conducted by stopwaste.org in various California cities concluded that “There is an opportunity for education and messaging about the ease and necessity of composting."

We then interviewed Ferris Kawar, SMC’s current Sustainability Manager. He maintains Vermitech, a composting system on campus that houses approximately 400,000 worms. The worms convert about 500 pounds of food scraps each week from the cafeteria into valuable fertilizer. This is then used for the campus’ landscaping. He said that “Composting is an elegant solution to a myriad of food waste problems.” We learned from this experience to focus on one system, which we had decided would be through schools, those without access to compost gardens by bringing them into the classrooms.

How might we spread awareness on vermicomposting and make education accessible for K-6th grade classrooms in South LA?

Our solution is a vermicomposting (composting using worms) bin that pairs with a digital education platform. The compact vermicomposting bin is designed to be used inside classrooms and provides students with a hands-on experience. The bin features a transparent side window, compartments to simplify the upkeep, and wheels so the bin can be easily transported to other classrooms.

The digital component is designed to compliment the bin and make the experience more engaging and memorable. Students learn how to use the composting bin and play games to learn how vermicomposting works. Students can earn points, compete against eachother and even dress up their own worm character.

Tess, a member of my team, was passionate about composting and had a solid understanding of what goes into a good bin design. She iterated through a variety of designs: a ledge-mounted option, a wall-mountable option, etc.

One of the most important aspects of composting is putting the correct items into the bin. I came up with a game designed around this and made a prototype in Figma. I had not tried to make a game in Figma before. Games require more interactivity than traditional Figma prototypes. To create a smooth transition between screens we used the Smart Animate feature which lets items move across the screen smoothy rather than jumping from point A to point B.

The second game I came up with lets students play as a worm in search of food. The game teaches students about the role worms serve in the composting process. The background is actually one large image where only a portion is visible based on the worm's location. When the worm travels to a different location the background is moved accordingly and the Smart Animate feature makes the transition smooth.

My teammates got in contact with 2 kids that fit our target age range. They conducted user interviews and had them use our prototype. We later conducted additional user testing with our classmates. All of our participants seemed to enjoy our prototype and had fun using it. We gained some valuable insights and made changes to our prototype based on these insights.

Changes Based on User Testing Insights

The Food Waste Picker game left some users wondering why certain items couldn't be composted. Our solution was to add to describe why these items couldn't be composted. Additionally, the mother of one of our younger users noted that some of the text in our prototype would be difficult for some children to read. We added a button that users could click to have the text read to them.

Users were often confused by the controls used in the Worm Simulator game. In addition to the text describing the keys to use, we added a visual guide that remained on the screen throughout the game.

Some users didn't recognize the food in the Worm Simulator game as food so we replaced the food graphic. Also, some users didn't realize that they had to press "M" repeatedly. We modified the game to require the user to hold "M" instead.

This project was a lot of fun to work on and was a valuable learning experience. I had not made any designs where the target user was a child and this introduced some interesting challenges. The Figma prototype for this project was the most complicated one I've worked on so far and I learned a variety of new prototyping tricks. Overall I'm happy with the result of the project and believe it was a success. The goal was to create a design that would teach students about composting and leave a lasting impression and I feel that we achieved that goal.